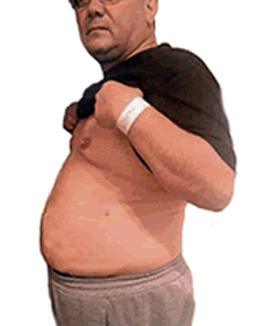 "I am a lot healthier and fitter."* 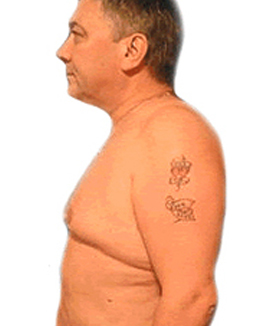 My decision to have gastric surgery was taken after many years of yo yo dieting and forever feeling hungry. I felt that with the gastric band it would restrict the amount I could eat and at least I wouldn’t constantly be craving food as I would feel full after only a small portion.

I contacted the National Obesity Surgery Centre and they were excellent in the speed of their response and information so I decided to speak to them in person. From my first conversation I knew I had chosen wisely as there was no hard sell and that I would only be given the surgery if I physically met their strict conditions.

I had a consultation with the surgeon and he reassured me I met these conditions and he went on in layman’s terms to tell me what would be done and the potential outcome. Again no hard sell and I decided there and then to have the procedure.

2 weeks later I had the procedure done and from the moment I arrived at the hospital until I left the following day the service and attention I received from staff was second to none. The follow up service via phone calls from the back up care staff at NOSC was also excellent as they constantly checked about my welfare and what food I was eating and how it was affecting me.

This all started on 11th November 2009 and almost 3 months later to the day I have lost 36lbs. I am losing weight at a rate of 2lbs per week and not really trying too hard as I am never hungry and have changed my eating habits and I like the change very much.

I am a lot healthier and fitter than I have been for years and I can wear clothes I’ve not worn for a long time and feel comfortable in them. This has given me my life back into my own hands and I can’t thank the NOSC staff enough for their caring, professional attitude at all times.

I have kept a picture diary of my losses from the day after the operation to the 11th February 2010 and I think they are quite astonishing.


Is it right for you? Take our procedure match test