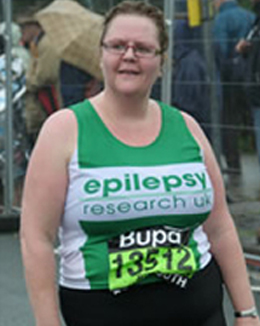 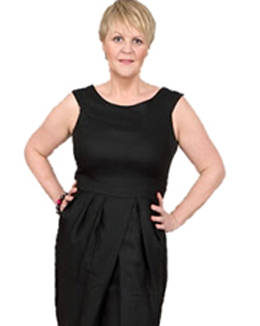 I had always been a pretty active person, either going to the gym or swimming, but always had a tendency to put on weight if I did not exercise.

When I got married in January 2002 I was a healthy 11 stone. We spent our time indoors together or going out for meals and didn’t really have time to be going to the gym.

Soon after we married I fell pregnant and the only thing I wanted to eat were sweet carbs in the form of Chelsea buns, scones, strudel, and Belgian buns. I even became a bit of an expert in relation to where to get the best ones!

During my pregnancy I put on five stone! When our daughter was born I did go on a diet and managed to lose weight but as I was always so tired and arranging to meet friends with babies in coffee shops the weight never stayed off for long.

After a year off work with my daughter I went to a slimming club and managed to get down to about 13 stone however I just slipped back into bad habits and eventually got back to the weight I was when I gave birth to our daughter.

I felt very self conscious and never bought for clothes for myself and felt ugly. I also felt that people would look at me and see a fat person that obviously ate all the time and was lazy although I was never lazy. I have always known what food I should eat and I am very aware of nutrition. We hardly ever ate take-aways or chips and always had fresh fruit and vegetables and I’d be ‘good’ all day. However when we would sit down in the evening, having been at work and doing all the routine stuff preparing for the next day, I would eat chocolate and crisps and cheese like it was going out of fashion.

I started running in August 2008 and entered the Bupa Great South run in October 2008. I completed the run but I was so slow I practically did the whole 10miles alone! It took me two hours and 22 minutes. Shortly afterwards our family went to Centre Parks and I realised I was to heavy to take part in some of the activities. I felt embarrassed and really down. I’d looked into the gastric balloon and had the National Obesity Surgery Centre number in my phone. I went alone to a coffee shop and called the telephone number and whilst at Centre Parks I booked my balloon procedure for the following week on 27th November! Once I’d booked it I just could not wait.

I went to a clinic in North London and I had the procedure done. The procedure itself was painless and the hospital staff were really nice. I was released about an hour after the gastric balloon was inserted. I had side effects for about three days after but I had the support of the after-care team and the consultants mobile number if there was a problem.

I would run almost daily on a treadmill we had bought that was in the garage and then after losing two stone in about two months joined a gym and would swim and use the gym. I loved the compliments at home and at work and everybody could see the weight dropping off. I was also getting much fitter. I entered the Great South Run 2009 and trained for it by running and even started cycling the 17-mile journey to work and back.

In October 2009 I completed the 10-mile run in one hour and 43 minutes and I lost three minutes time trying to get past everybody as we were right at the back!

My gastric balloon was removed in June 2009 and I was 11 stone 4 lbs. Just over five stone lighter that when it was put in. Six months on and I fluctuate between 11 st four lb and 11 st seven lb which I am very happy with. I could probably do with losing a bit more however I am fit and healthy and am happy at where I am for the time being.

I love running now and I make healthy choices in relation to food and I do not deprive myself of anything. If I fancy a bar of chocolate I’ll have it without feeling guilty because it will be one bar not a whole day of eating bad food because ‘I’d ruined my diet’. I also register to take part in runs so it keeps me motivated to train. I have entered the Bath half marathon in March 2010, I plan to run the Windsor half marathon and I’ve entered the Bupa great South Run in October where my challenge will be to beat my one hour and 43 minutes time.

The gastric balloon was not an easy option / easy way out. You still have to work at it. You feel fuller quicker but you have to stop yourself from over eating. When you are full you must stop eating and move away from the mentality of clearing your plate or eating when the clock says you’re hungry.

I feel the gastric balloon has helped me get back to having a ‘good relationship’ with food and re-educated me. I feel fitter, younger and more attractive than I have felt in years. There is no other way I would have lost over five stone in six months and I can honestly say, in relation to my weight and the relationship I have with food it’s the best thing I ever did. This time last year I was a size 22, now I’m a size 12 – 14. If I can do it, anybody can!